From Buddha to the Present

The Compassion Garden Buddhist Foundation follows the practical teachings of compassion and wisdom of the Buddha, and the lineage of masters who have practiced and developed his teachings, to help people in their daily lives and benefit all sentient beings.

The history of the Buddhist Foundation “Compassion Garden for the Benefit of All Beings” (༄ ༅ ། ། བྱམས་ བརྩེ་ འགྲོ་ ཕན་ གླིང་ ། in Tibetan, pronounced Yamtse Drophen Ling) dates back 2,500 years .  At that time Prince Siddhartha Gautama, heir to a small kingdom in the south of present-day Nepal, led an opulent life in the palace;  but he realized that the whole life experience is, in one way or another, pierced by suffering.

Willing to dedicate the rest of his life to understanding and transcending the hardships of illness, old age, and death, he did not rest until he found  a way to achieve liberation.

His journey as a wandering ascetic led him at the age of thirty-five after a deep meditation under a tree in the Indian city of Bodhgaya to find the cause of suffering in attachment, aversion and ignorance.  He explained  the result of his deep reflection and intuition in the Four Noble Truths, where he makes the diagnosis and teaches the way to overcome suffering through the Middle Way, as described in the Noble Eightfold Path.  It is not the extreme of asceticism, nor that of indulgence, but the path of ethics, serenity and wisdom.

Siddhartha achieved nirvana – liberation from all suffering, from samsara – and the deep understanding of reality, of things as they are, that is, impermanent and of dependent or interdependent origin, and became the Buddha (awake) .

A few days later he shared his discovery with a small group of his followers. Not only did he proclaim the discovery, but he himself became the example or role model.  He also affirmed that his message should not be accepted blindly, as dogma, but that each individual should investigate and reach belief by themself.

He enjoyed enormous popularity in the Indian subcontinent during his life, and his dharma or doctrine – which is actually an “orthopraxis” or philosophy of life based on ethical, benevolent and non-violent behavior, with cultivation and practice of serenity and wisdom – spread throughout Asia in later centuries.

The Mahayana or Universal Vehicle

After a few centuries, the depth of Buddhist thought and open debates had already led to the emergence of a large number of schools, transmission lines and traditions.  However, at the beginning of the Christian era, the conditions were in place for the Buddha’s message to fully develop in order to help liberate all beings, even before self-liberation.

The Mahayana Buddhist thought or universal vehicle was born and with it the so-called second turning of the wheel of Dharma took place.  Now great teachers such as Nagarjuna emphasize the paramitas or virtues (generosity, ethical behavior, patience, diligence, concentration and wisdom), the Bodhisattva ideal of compassion and universal altruism towards all beings with the attitude of awakened mind or boddhicitta, as well as the understanding of the empty nature of things, people and phenomena (“void” of intrinsic identity).  The path to free yourself from limitations and to help all beings is to practice wisdom and compassion.  One facet of wisdom is knowing how to use skillful means or tactics to help people with different abilities and attitudes in different situations. Everything is interdependent, non-dual in nature and ineffable.  As the Heart Sutra, one of the central Mahayana sutras, says: “emptiness is nothing but form and form is nothing but emptiness.”  Or what is the same: “samsara is nothing other than nirvana and nirvana is non other than samsara”.  Liberation or nirvana, the ultimate happiness, is here and now.  You just have to access it.

Tibetan Buddhism, Vajrayana or Vehicle of the Diamond, and the Gelug School

However, it was around the eighth century, with its arrival in the kingdom of Tibet, that Buddhism reached a new development.  Combining the corpus of the classical teachings of early Buddhism, with those of the universal vehicle of the great Indian scholars, and adding now powerful practices on the subtle plane revealed by the Buddha in the tantras, Vajrayana Buddhism emerged.  The set of teachings of the vajra or indestructible vehicle includes teachings and practices (involving the body, speech and mind), complementary to those of the sutras of the early period and of the universal vehicle. It provides the possibility of accelerating the progress on the path of liberation to the initiates.

Such was the impact on the Land of Snow that Vajrayana Buddhism has permeated its civilization and culture ever since.

As in the southern Himalayas, different lineages and schools also appeared in this area.  Great masters contributed to the development of the Nyingma, Kagyu and Sakya traditions.  Around the year 1000, the figure of the great master Atisha Dipankara appears, playing a decisive role in facilitating the understanding of the valuable legacy of the Buddha through the systematization of his doctrine and path.

Not surprisingly, after the master’s death, the disciples of Atisha himself formed an elite of highly prestigious scholars, becoming known as the Kadampa masters

Several generations later the great lama Je Tsongkhapa was born.  He was an indefatigable pandita and yogi, scholar and author of many of the most valuable texts of Tibetan Buddhist philosophy and ethics. Tsongkhapa was the creator of the last and largest Tibetan Buddhist school, the Gelug school, which synthesizes and systematizes the wisdom accumulated by the different traditions.  He attached great importance to both study and contemplative practice

He left an important legacy of wisdom.  He highlights the perspective of the two realities, the relative or conventional and the ultimate or absolute, following Nagarjuna’s centrism.  What is inside both realities is empty of intrinsic nature.  The conventional reality, which is what we perceive and with which we operate, is illusory, because we believe that things and people are permanent and independent, when deep down they are ephemeral and interdependent.  The conventional is the same as the ultimate reality.  For him, working with the conventional reality through study, analytical meditation and contemplation makes it possible to apprehend the ultimate reality, and therefore awakening.  Perhaps his most important text is the Lam Rim Chen Mo, Gradual Path to Awakening.  The three main aspects of that path are renunciation for self-realization, altruism, and understanding of reality.

More emphasis in universality with the all-embracing Rimé movement

In the 19th century, the Rimé movement emerged in order to embrace all the different schools or branches within Tibetan Buddhism.  The movement reinforced the open and universal character that Buddhism has had since its birth.  It must be taken into account that the base, which is the so-called fundamental or initial Buddhism, underlies all the branches of Buddhism – Theravada, Zen, Singon…, and also Tibetan Buddhism.  Sakyamuni Buddha on different occasions stressed the practical nature of the teachings, indicating that any teaching that helped to improve could be considered as well his.

In Mahayana or the universal vehicle, which started at the beginning of the common era and of which Vajrayana and Tibetan Buddhism are a part, universality and impartiality of the teachings are emphasized.  A follower of the Buddha makes no sense to be sectarian.  The different schools emphasize some aspects or others, with differences in details, sometimes taking into account the context and the audience. The initiators of this movement were Jamyang Khyentse Wangpo and Jamgön Kongtrül at the beginning of 19th century.

Leading figures in Tibetan Buddhism prior to the Rimé movement, such as Tsongkhapa, the influential 5th Dalai Lama and Shabkar, supported a universalist approach.  The same is true today with spiritual leaders such as the 14th Dalai Lama, the Karmapa and the Sakya Trizin, who follow the rimé approach while preserving the richness and value of the contributions of the various schools.

The Dalai Lama belongs to the Gelug school and is the spiritual leader of the people of Tibet.  He is considered a manifestation of Chenrezig, the Bodhisattva of Compassion, who represents in Eastern cultures the archetype of universal love.

His Holiness the current XIV Dalai Lama, exiled in India, is a 1989 Nobel Peace Prize winner, author of more than fifty books on different subjects (for example, An Ethics for the New Millennium, The Path to a Meaningful Life, the Art of Happiness …) and a great promoter of the contribution and mutual collaboration between science and Buddhism.  He fervently defends the equality of people regardless of race, religion …, the ethics of love and non-violence, human rights, peace and tolerance for differences.  He encourages individual commitment to compassionate social action for the betterment of society, with an altruist mindset, and also advocates social-emotional education for young people.  About compassion he says that it is actually intelligent selfishness;  and that when one is undertaking an action it is always advisable to think and ask oneself: if it is only for me or for others, if it is only for my own close group or for others, and if it is only for now or for the future.

The different branches of Buddhism have spread to the West in the 20th century, influencing spirituality, philosophy of life and the sciences in branches such as psychology, cognitive science, epistemology or ethics, being in turn influenced by Western thought, giving rise to movements such as “engaged Buddhism” or “secular Buddhism”. It contributes to the personal growth and spiritual flourishing of people, as a complement to an increasingly complex life in societies immersed in ideologies and “isms” and trapped by materialism and the centrality of the self.

I consider that Buddhism is not a religion, but a set of ideas that are useful

From a Small Monastery in Tawang in India to Spain

The small Gelug monastery, Geyje Norling, which emerged from the rehabilitation of a former ancient monastery, is located in the north of India in the Tawang area. Lama Jangchub Rinpoche, Lama Jampa and Geshe Lobsang Tendar began their training there and later completed it in other monasteries and institutes of the Gelug school, such as the Ganden Jangtse Monastery.

Before the creation of the Compassion Garden Buddhist Foundation, the three masters, together with Lama Ratag Rinpoche and Geshe Jigme Dondup, moved to Spain and created the Chockhörling Murcia and later Chockhörling Madrid centers, where they began their helpful activities  through the dharma. This work was reinforced in 2021 and expanded with the Foundation.

The Compassion Garden Buddhist Foundation, in line with the thought of HH the XIV Dalai Lama, makes Buddhist wisdom available to help people in their daily lives, adapting it to the needs of modern society, and covers both spiritual help and concrete social aid through different projects.

Buddhism is at its core a practical science, helping to transform the mind and heart, and as a consequence, helps to transform society.  It has easily adapted to the demands of modernity, since its foundations are rational and non-dogmatic, and its teachings and practices are easily separable from the culture and mythology of the places where it was born.  Even if a person does not consider himself Buddhist or religious, he can benefit greatly from its ethical and wisdom practices. This is highlighted by the fact that many of its techniques (positive psychology, mindfulness, humanistic and existencial psychology, radical acceptance, dialectics, contemplation…) are currently in vogue and have been adopted by both Pschology and the general public. 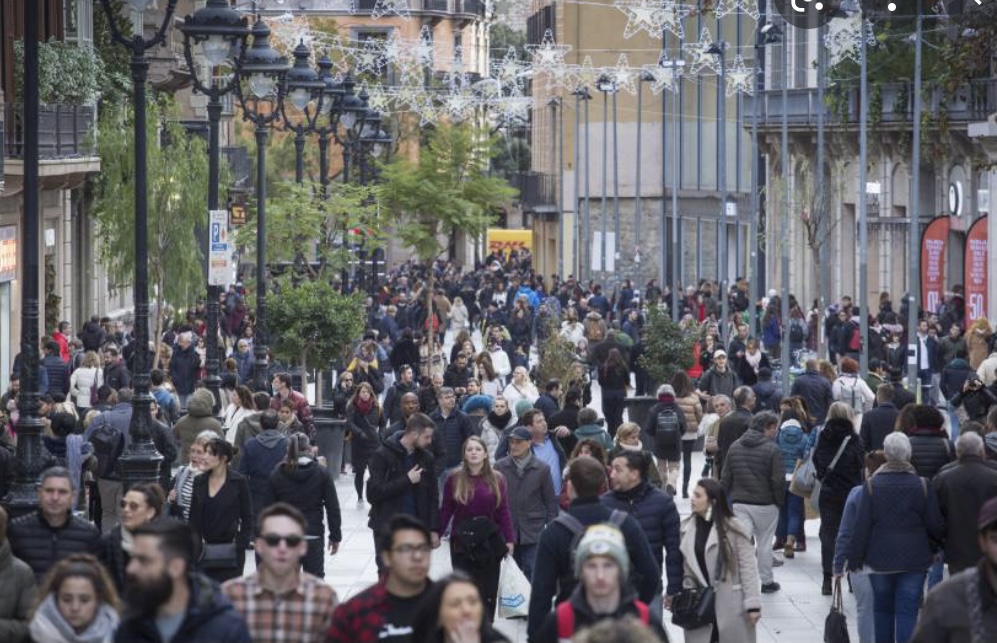 The Dalai Lama says: “I consider that Buddhism is not a religion, but a set of ideas that are useful.” And also: “My religion is very simple; my religion is loving kindness”.