The Compassion Garden Buddhist Foundation is committed to following the ethical principles emanating from Buddhist thought, human rights, universal humanist ethics, good governance of organizations and the legality of the places where it operates. Operating under these principles, which must act as a model to be followed, is essential and more so in an organization of general interest and social aid.

The responsibilities and commitments, formalization and communication are detailed below.

1. Basic responsibilities of each person in the organization

They are those derived from the fulfillment of human rights and legality, as well as buddhist teachings.

1.1 We assume the Noble Eightfold Path of Buddhism, which in its ethical domain (sila in Sanskrit) includes: correct speech, correct action and correct way of life. By the term correct it is understood among other things that which does not harm other people, does not harm oneself and is based on integrity, honesty and sincerity.  Applying these principles in complex situations will require wisdom or discernment.  Correct lifestyle includes, among other aspects, not taking substances that damage and alter the mind or behavior, such as drugs, alcohol or tobacco.

1.2 As part of the principle of compassion, the Foundation emphasizes altruism, that is concern and action to contribute to the well-being of other beings, without expectations of reward or recognition.  Likewise, in addition to the minimum ethical requirement of respect, a kind, compassionate and equanimous treatment is expected of all towards other people, whatever their condition, and towards all beings in general.

2. Responsibility and commitment to institutions and society

In the area of ​​organizational functioning, the trustees and members (hired staff and volunteers) involved in the different functions are committed to:

2.1 Being responsible for complying with the charitable and non-profit purposes of the Foundation, with the current regulations of Foundations and with the legality at all levels of the society in which it operates.

2.2 Operating with transparency in all actions, such as projects, activities, organization, appointment of managers and decision-making.  This generates trust in members, donors and society in general.  To this end, proper communication to members, donors, interested persons and institutions will be carried out.

2.3 Acting with transparency in economic matters, so that any transactions, both inbound and outbound (donations, contribution for activities, sale of books or objects, other income, aid to specific projects, internal expenses), is duly reflected and accounted for, to finally be included in the Annual Accounts to be presented to the National Protectorate of Foundations.

2.4 Except in the case of hired personnel, refraining from using the relationship with the Foundation for personal gain, either by attracting financial resources or obtaining other types of personal benefits.  All exceptions must have the approval of the trustees, whose duty is to ensure the fulfillment of the goals of the Foundation.

In addition to the correct behavior outlined here, any type of action that could damage the image of the Foundation and consequently the dharma and society will be avoided.

3. Responsibilities and commitments between people

In the area of ​​behavior among trustees, teachers, members (hired staff and volunteers) and participants in the Foundation activities:

3.1 Avoid the abuse of positions of power, derived from any situation (title, role, gender, seniority, knowledge…), and especially psychic, verbal, physical or sexual harassment of others. Each person is considered as a worthy being in itself and never as an object of manipulation to be used as a means for other ends.

3.2 Treat all people as equals, without discrimination based on race, sex, religion or any other condition.  The selection for positions will be made in a transparent way and based on criteria of equality, capacity, availability, motivation and merit.

3.3 Act loyally and in good faith, respecting the Foundation and its rules, its patrons, staff and volunteers and avoiding actions that harm them.

3.4 Act with decorum and respect (actions, forms, speech, clothing) in relationships at all levels in the center or in the course of activities of the center, to avoid misunderstandings and the corresponding damage to the image of the organization and therefore to the dharma. Silence and discretion are more appropriate within the scope of the Foundation than loquacity and verbiage.

3.5 Maintain confidentiality about the non-public data of the Foundation and about other people who may be met as a result of the position, collaboration or activity within the Foundation.

In addition to the correct behavior outlined here, any type of action that could damage the image of the Foundation and consequently the dharma and society will be avoided.

This code of ethics will be published on the website. Trustees, teachers, invited speakers, contracted personnel, collaborators and volunteers involved in the operation of the Foundation will understand and assume this Code of Ethics. In the case of long courses and activities, so will the participants.

Failure to comply with the Code of Ethics will lead the Board of Trustees to initiate a procedure for the correction of the breach, or for the cessation of functions or participation of the concerned person in the Foundation.

Accountability will be made to the National Protectorate of Foundations, and to the members, donors and other bodies in relation to compliance with the Code of Ethics.

A channel  for the communication of ethical issues to the Board of Trustees is available for anyone wishing to report irregularities and breaches or to raise queries.

The channel of communication is as follows: The person affected will report the matter to at least two monk trustees, who will treat the issue with due attention.  The information and identity of the person who reports the breach will be treated confidentially, protecting that person if necessary. 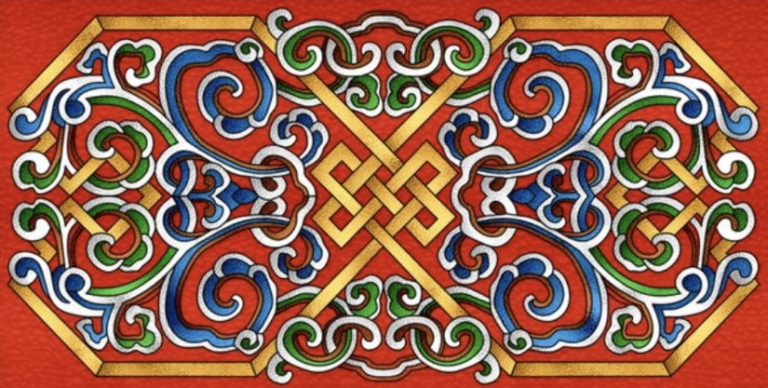