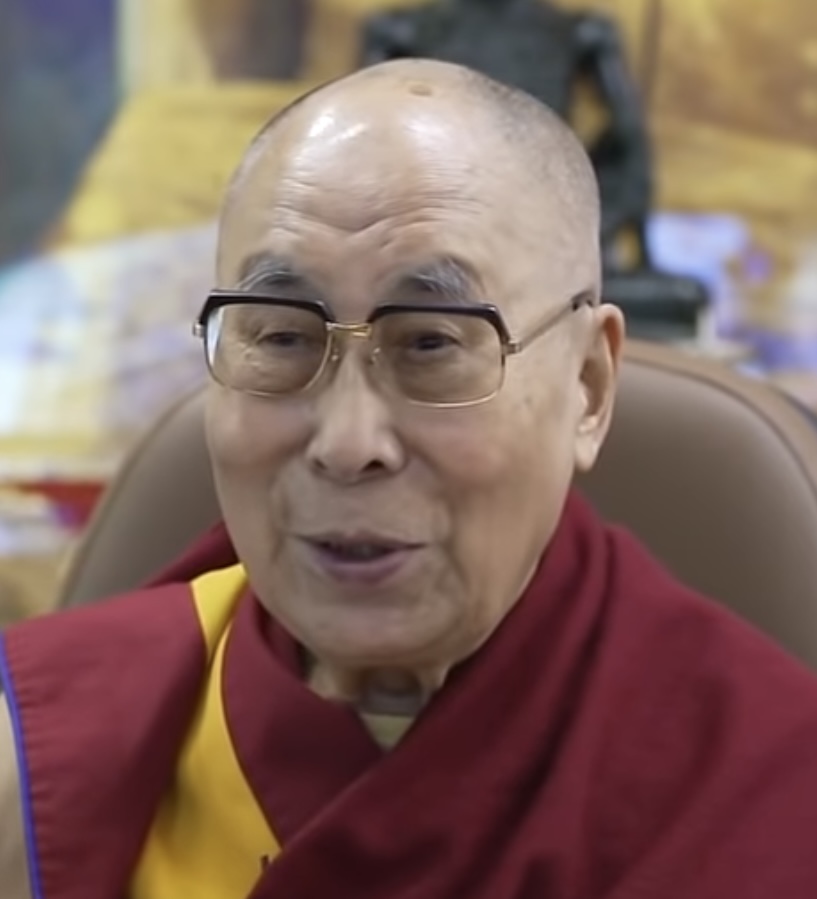 His Holiness the XIV Dalai Lama, Tenzin Gyatso, refers to himself as “a mere Buddhist monk.”  He was born in 1935 in a small village located in Taktser, in Amdo, located in northeastern Tibet, into a family of farmers.  At the young age of two, the boy who was then named Lhamo Dhondup was recognized as the reincarnation of the XIII Dalai Lama Thubten Gyatso.

There is a belief that the Dalai Lamas are manifestations of Avalokiteshvara or Chenrezig, the Bodhisattva of Compassion and the patron saint of Tibet.

The highest recognized leader of Tibetan Buddhism and 1989 Nobel Peace Prize winner, he is known worldwide for the promotion of human values, his peaceful struggle for the freedom of the Tibetan people and interreligious dialogue.  Exiled in India since the Chinese invasion of Tibet, he has published a large number of books on different subjects: spirituality, ethics, psychology … He tirelessly promotes peace, compassion and wisdom, and fosters collaboration between Buddhism and science.