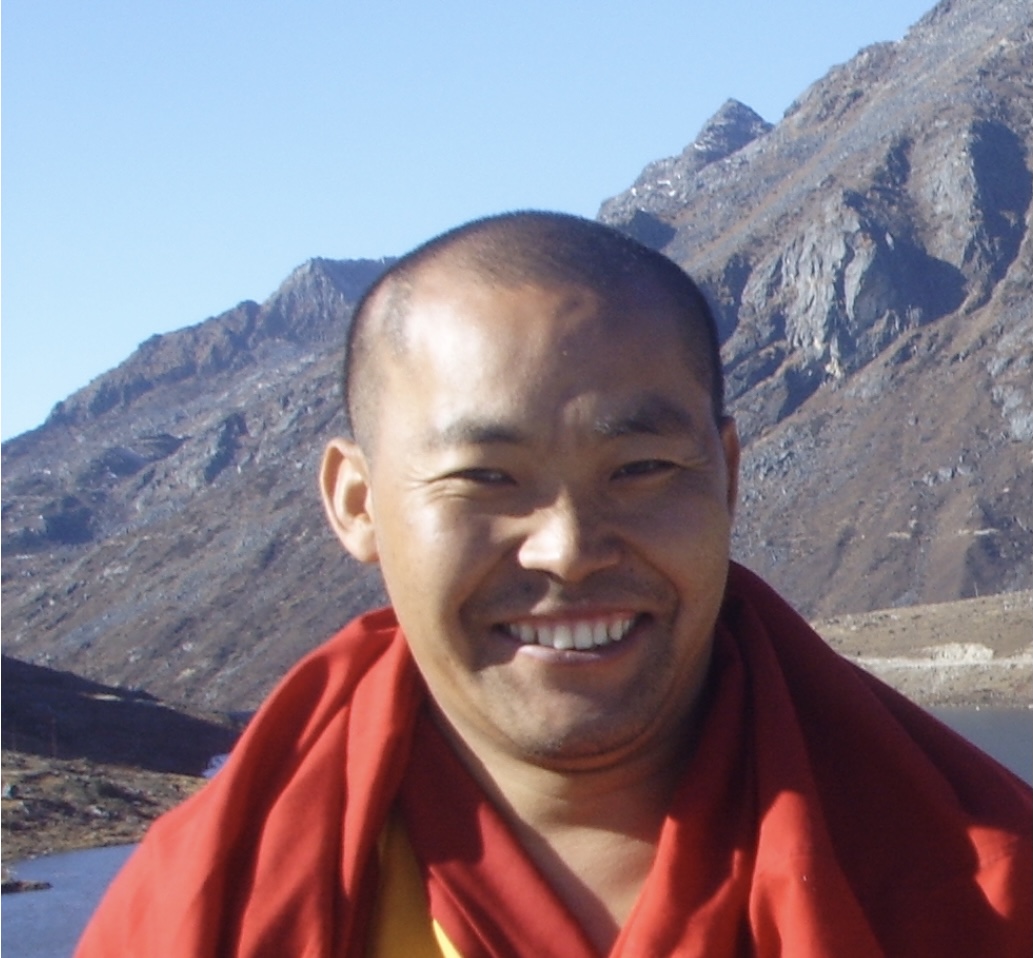 He was born in Tawang, a city located in northeast India, in 1978. When he was three years old, he showed signs of being a tulku* -a reincarnated lama-.  After going through the traditional confirmation process, he was recognized as the 3rd reincarnation of Lama Pö, who belonged to the Tawang Monastery.

At the age of 6 he was ordained as a monk at Geyje Norling Monastery and a few years later he moved to Tawang Gaden Namgyal Lhatse Monastery, which is the largest among the ancient monasteries apart from Lhasa and which is located in the Indian state of Arunachal. Pradesh.  There he made progress in his Buddhist studies and began his training in Tibetan Sowa-Rigpa Therapy**.

At the age of sixteen he continued his studies at the great Gaden Jangtse Monastery in South India on Buddhist Philosophy, completing his Doctorate in Tibetan Sowa-Rigpa Practice there.  After finishing his monastic studies, he practiced the therapy in India.

Since 2006 he regularly lives in Spain, where he has been director of the Chökhorling centers in Murcia and Madrid.  Currently he leads the Geyje Norling center, with the help of the monks residing in India, with whom organizes social aid and development projects.

* A tulku, according to the tradition of Tibetan Buddhism, assumes the continuation and custody of a valuable teaching lineage, by showing certain capacities and inclinations from a young age, for which he receives special empowerment and training from a young age.  Some tulkus are given the honorary title of Rinpoche, a term that means valuable and that serves to convey proper respect for a great spiritual master.

** Tibetan Sowa-Rigpa Practice is a natural practice of preventive care of the body developed over centuries that uses natural methods in both assessment and treatment.  In the former, it uses, for example, the pulse and the perception of the external appearance of the body.  In the treatment it uses means such as changes in lifestyle and nutrition.