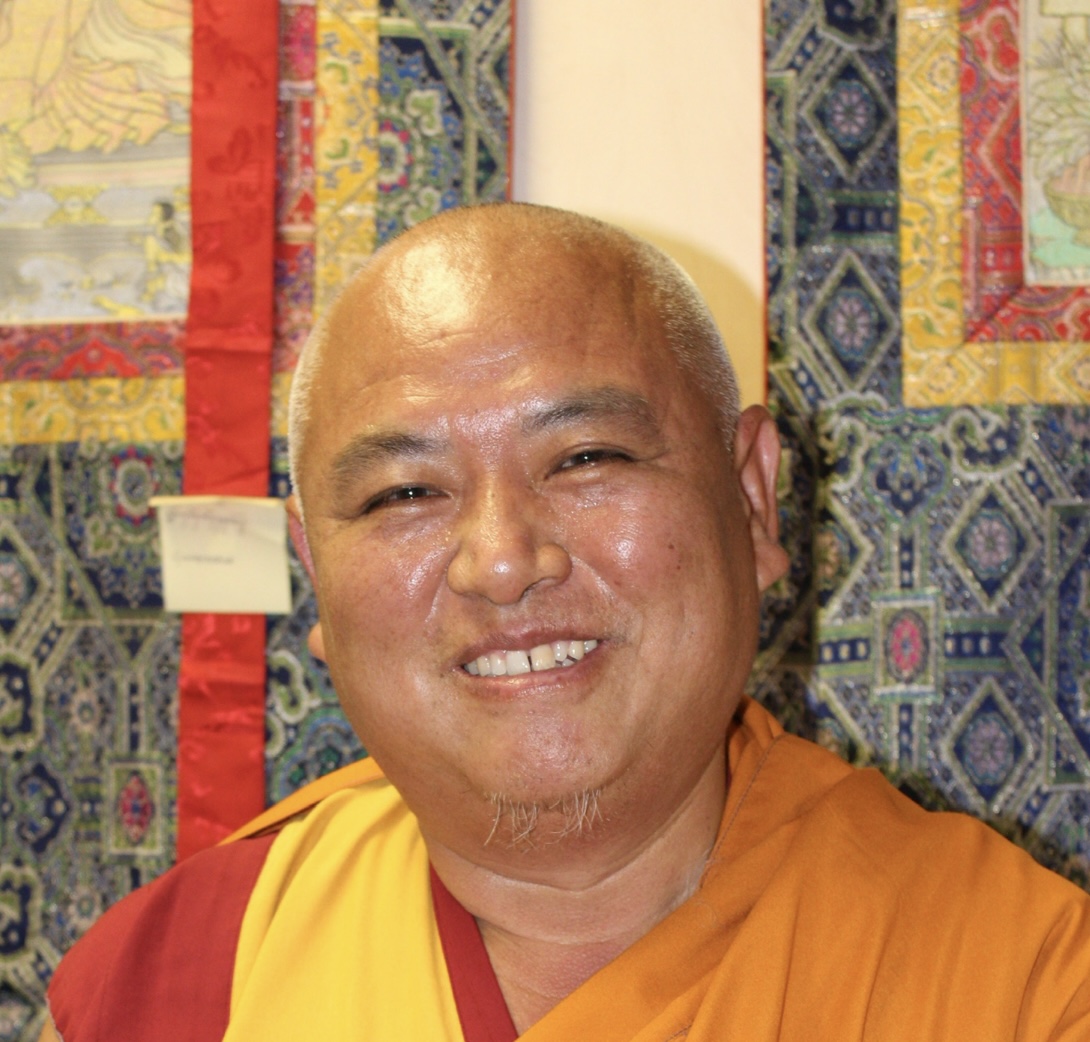 Some of the Masters of the Madrid Center are Trustees and some are also Directors of the Foundation. They lead the activities of our center: teachings, practices and meditations, social and development aid projects, etc.   In addition to the local activities, they travel to the center of Geyje Norling in India, which is also an officially recognized charity, to help in its management and in development aid projects.

He was born in India in 1970. At the age of 11 he was admitted to the Gaden Jangtse Monastery (India).  There he began to memorize the basic rituals.

In 2001 he received Gelong ordination (full monk) from Trichang Rinpoché, the former tutor of His Holiness.  He successfully passed the Geshe* exam at Gaden Jangtse Monastery in 2003. Later he was administrator and director of several centers in India.

Guese Jigme carries out practices and meditations in the center of Madrid.

* Geshe title.  The Tibetan word Geshe (“ge” means virtue and “she” friend who helps to know) has as meaning: spiritual friend or friend who knows virtue or who knows what should be practiced and what should be put aside.  It is obtained in the universities and institutes of Tibetan Buddhism that  continue the great intellectual tradition of the ancient Indian Buddhist universities of Nalanda and Vikramasila.  The title is achieved after intensive studies, reflection sessions and debate sessions on classical philosophical texts of Buddhism and their commentaries in different aspects: ontology or nature of reality, epistemology or the way in which man knows, psychology or science of the mind, logic, and ethics or moral behavior. It requires a minimum of 17 years of study, which can be equivalent to a doctorate or PhD, but it also covers other domains such as, for example, monastic discipline. After these studies the teacher is qualified to help others to make progress in wisdom.